By Mark Miller, Down Beat Magazine, 1980 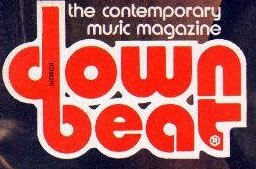 He’s just 26; his hair is a little longer than the fashion of the day; his guitar is a Gibson Les Paul. Ah yes, another hot-wired guitar player on his way somewhere in a hurry.

But no. When Lorne Lofsky sits down to play, he sets the Les Paul’s tone between burnished and glowing, and he might call Nancy with the Laughing Face or It Could Happen to You. In conversation, by way of explaining his direction in jazz, he’ll say, “You’ve got to bow to the cats that came before you, and realize that we wouldn’t be playing the way we’re playing if it weren’t for them, wherever we’re at individually. Whether you want to pursue that direction, or any other direction, having a good grounding in the tradition is good to help your playing in the long run, because if you can’t play in the tradition, I don’t think you can play.”

Of course Lofsky who who began his career in Toronto rock bands during his teens, can play as hot wired a guitar as anyone: at the moment he can be heard in a hot wired style with the bands of flutist/singer Kathryn Moses and fusion keyboardist/composer Ted Moses, as well as in the heavier, freer context of the Michael Stuart-Keith Blackley Quintet.

On the other hand, it was his work in turn with two of Toronto’s veteran beboppers, alto saxist Jerry Toth and trombonist Butch Watanabe, that brought him face to face with Oscar Peterson. And it was Peterson who arranged for and eventually produced the guitarist’s first record, a trio date due out soon from Pablo. Among the eight tunes recorded by Lofsky, bassist Kieran Overs and drummer Joe Bendzsa were Nancy with the Laughing Face and It Could Happen to You, as well as Body and Soul (a guitar duet) and Giant Steps. That’s a bit of tradition, especially from a musician who moved into jazz from rock only seven years ago.

He says of his rock days, “I was getting tired of playing on 12 bar blues, of playing four or five conventional blues licks, of playing really loud. Even then I knew I wanted to be a professional musician, but I knew I didn’t want to make it on the rock circuit. For one thing, I don’t have the personality for it: I’m not very outgoing. For another, I didn’t enjoy it.”

Miles Davis’ Kind of Blue turned Lofsky’s ear to jazz. “I didn’t have the slightest idea what they were doing, but I knew I liked it – I got a good feeling from it.” Lofsky summarizes his subsequent development quite simply, “I lifted a few things off records, did a lot of sessions, and basically taught myself how to play. I have a certain aptitude for being able to imitate. That can be hazardous, but for starting out. I think it’s very positive. I figured a good way to start would be to look at a couple of people whose playing styles I really like , take something from them, and try to develop it.”

The guitarist acknowledges as his influences Jim Hall, and from Toronto, Ed Bickert, Lenny Breau and Sonny Greenwich. Bickert’s style is now central to the playing of many younger guitarists in Toronto, and Lofsky was one of the first to realize the value and then assimilate the intracasies of the veteran’s technique and harmonic concept.The revelation came in the form of another record, Pure Desmond, made by the late Paul Desmond with Bickert and others in 1974.

“I’d been hip to Ed before,” Lofsky says, “but on the album you can actually hear his style of playing, not in a noisy club, but isolated for the first time.” Lofsky then made a study of Bickert’s work on Pure Desmond, “just to get the feeling, to get that sound in my head, that approach to attacking the strings in a relaxed manner and trying to get a full sound out of every note.”

“I’m fascinated by what you can do harmonically on the guitar and at how many different sounds you can get – not just in terms of tone settings but also with different string formations, using certain open strings, unison notes, clusters. You can get so many nice textures and colors, and I’m just starting to realize that now.”

“I really love the sound of chords and I try to approach the guitar from that viewpoint. I’ve never played piano, and I never will, but I’m a frustrated paino player, I would love to do things on the guitar that are more pianistic.”

It’s not surprising that Bill Evans is a personal favorite as well as another significant influence, ” I like listening to things of a romantic nature, like Bill Evans. I love listening to Ed and singers like Johnny Hartman and Sarah Vaughan, people who really bring things out in a tune and make it not sound like any other. So many have the same chord changes and melody sequences. What you play on a tune brings out its certain mood that makes it stand by itself.”

“One thing I’ve noticed”, Lofsky adds, speaking critically of his own playing, “I’ve got to start editing out more things again – without becoming too safe. When you’re playing, you have to have some kind of thought process going on. Somewhere there’s got to be some compositional sense. You’ve got to be aware of what you just played and where you’re going next. Not that it’s premeditated, but that kind of sophisticated process has to happen if you want to make a logical, musical solo.”

Such philosophies of music make Lofsky seem an uncommonly thoughtful young musician – and indeed he is – but they are in no way preparation fore the aggressive performer who blazes through Giant Steps or Oleo. That’s the other and more immediately impressive aspect of his playing.

And yet, he is talking now of the possibility of working with just a bass player. “I really like playing quietly; I  like the sound that I get and the subtler things that can happen.”