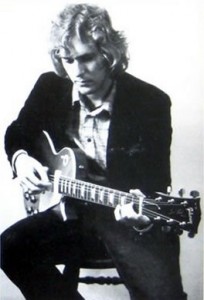 It was Lorne Lofsky Day yesterday as the third annual Ontario Place Jazz Festival got underawy. The young Toronto guitarist carried the balance of the solo work with the opening band The Brass Connection, and was a special guest of the third and closing performer, Oscar Peterson.

Lofsky ahd such a day last year at the festival, but poor weather prevented him from making a very sizeable impression. There was no such problem last night, though, and his work, especially with Peterson’s bassist, John Heard, and drummer, Terry Clarke, made a deep impression on the thousands who filled the hills around the Forum.

As interesting as this young man’s rise in fortunes were the very different performances of the festival’s two veterans: Peterson and Dizzy Gillespie. The trumpeter had the day’s middle spot, introduced quite nicely by The Brass Connection’s closing tune, Gillespie’s own Tanga. But his performance left, and suffered from the impression that he had given the essentially same show every night since his appearance at the Forum as part of last year’s festival – the same jive patter (which wasn’t particularly fresh last year, and which missed a couple of good opportunities for ad libs), the same posturing, much the same choice of tunes, and much the same bits of business with those tunes. To make matters more frustrating, Gillespie once or twice created a short, squealing solo that made it quite clear that he still has the magic. But for most of a long set he was content to coast, resting on his showmanship and on his now-considerable laurels.

While Gillespie’s sidemen, an undistinguished trio, carried the concert as the trumpeter took it easy, Oscar Peterson’s sidemen were often at leisure as the pianist carried his performance. Finally and rightfully given a spot in the major jazz festival of his home town, he divided his concert into three; a half hour of solos, another with the thundering Heard and the deft Clarke – the latter introduced as “your own Terry Clarke,” which sounds rather odd coming from a man who lives in Mississuga – and the third given over largely to a showcase of Lofsky’s talents. Peterson filled out his hour (probably the longest in Lofsky’s life) with bravura playing, marred only slightly by his dependance on certain cliches, at least

Jazz in Brief
Scroll to top