By Stephen Pederson, The Chronicle-Herald 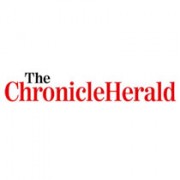 New Waterford native Kirk MacDonald and Toronto guitarist Lorne Lofsky first traded tunes 17 years ago. They’ve been at it off and on ever since. On Sunday and Monday nights in the Commons Room at the Halifax Holiday Inn they teamed up with drummer Jerry Fuller and bassist Neil Swainson in what has become one of the most protein-rich jazz quartets in Canada. We’ve always tried to keep that thing going, but it’s been more of a working group the last four years,” MacDonald said in an interview following the quartet’s solid gig at the Atlantic Jazz Festival Sunday night.

Just recently they recorded a CD as the Lorne Lofsky Quartet, and early this week they will be laying down the tracks for what MacDonald hopes to release in the next six months as the Kirk MacDonald Quartet. This is no beginner group trying to find enough tunes everybody knows to put on a disc. The repertoire of the band, MacDonald says, could be anything. “Lorne and Neil know every tune written. I’m the guy who knows the least.” He’s just being modest. The working repertoire of the band is somewhere around 200 tunes. MacDonald talks of the “cornucopia of choices” they have when they go out on the bandstand. Add in a few originals, written by Lofsky or by him and it means that, as Kirk said Sunday, “It’ll probably be a completely, different program tomorrow night. We have that freedom to play in the moment.” Such knowledge is the privileged territory of only the true jazz veterans. Both Lofsky at 42 and MacDonald at 37 are surprisingly young to belong to this exclusive club. But no one who heard Sunday night’s show would dispute their right to membership in it. Take their last tune of the night, John Coltrane’s Giant Steps. “We decided to start with a drum solo then add the bass, then guitar, then sax. It was just a way of getting into it, and then of finding a way out of it,”MacDonald says.

After Fuller played a fulsome fanfare, sounding like an entire brass band all on his own, he slammed into a tempo so hot you could fry in it. Swainson, a tall cool dude who plays the bass like he was on the front-line playing sax, laid down both the beat and a chain of eloquently absorbing lines before Lofsky with his clean, precise tone began entering choicely-voiced chords interrupted by flying tracer-shell rockets and arcs of melody. Finally MacDonald, whose tone is the essence of tenor sax, packed to the gunwhales with harmonics and overtones, began to do the thing that he does – an endless stream of bop-like lines which he pours out, without repeating himself, as though he wasn’t simply playing licks, but tapping into a subterranean jet-stream of melodic invention. Heady stuff. It drove the crowd wild with delight that exploded into applause only at the end. Before that, they were too busy listening to think.